Exerpt from article from Gwinnett Daily Post By David Friedlander

LAWRENCEVILLE — There was no shortage of drama in the first-round Class AAAAAA state boys soccer match between Meadowcreek and No. 6-ranked Central Gwinnett.

But Uriel Rivas made sure in the second extra act that the visiting Mustangs would take the final bow.

The senior sent a perfectly-placed shot into the upper left corner of the net with 3:46 left of the second overtime period to lift Meadowcreek to its first postseason win in program history with a 2-1 victory Wednesday at Tally Johnson Field.

The Mustangs (12-5-1) will have a week to get ready for their second-round match, where they will play either Tucker or Colquitt County next Wednesday on the road.

But for now, they can be forgiven for reveling in their historic victory.

“It’s just another testament of hard work and where it’s gotten us these last few months,” Meadowcreek coach Tyler LaFleur said. “From Day 1, we set a goal for ourselves, and that was to make the playoffs. We achieved that goal. And we played this (Central) team earlier (a win by an identical 2-1 score Feb. 27). We knew we could hang with them. We knew we could beat them, but we didn’t overlook them. We played as hard as we could.”

The first half featured plenty of scoring opportunities and a combined seven cards by the two teams in a tightly-called game by the officials.

It was Meadowcreek that had the most impactful of each. 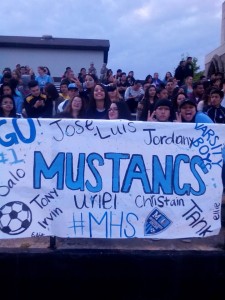 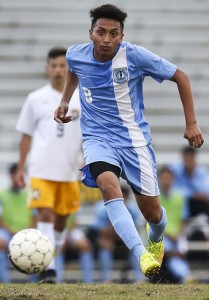 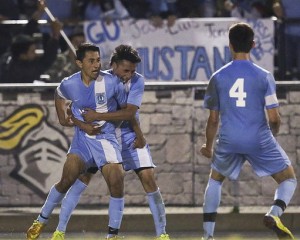