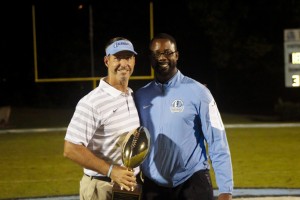 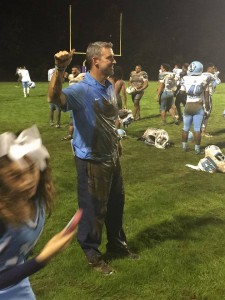 Coach Carrera brought three wins this season to a school that had previously won five games since 2002. In addition to working hard on the field, Coach Carrera also engages his team in the community. The football team is actively involved in the middle school football program and is currently building a youth program as well. The players will also be working closely with the Salvation Army in their local community this holiday season.