Full Article by David Friedlander on:

NORCROSS — It isn’t difficult for anyone who has been around or followed high school football in Gwinnett County for the past two decades to recognize the struggles Meadowcreek’s program has endured during that time.

Over the past 14-plus seasons, the Mustangs have managed just eight wins, with three of them coming during last year’s 3-7 campaign.

But it hasn’t always been that way 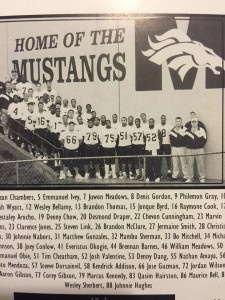 And as Meadowcreek is in the midst of celebrating the 30th anniversary of the opening of the Norcross school, it’s easy to forget how the Mustangs grew rather quickly from humble beginnings to become a very competitive program.

Within its first five seasons, Meadowcreek had reached the postseason and featured a coaching staff that included a who’s who among the coaching scene in Gwinnett and throughout metro Atlanta, led by its first head coach, Kevin Maloof, then a former Duluth assistant who had returned to the county after a year as head coach at Loganville and would eventually retire in 2010 after 20 years at Dacula. 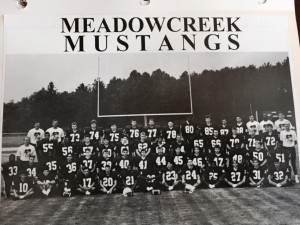